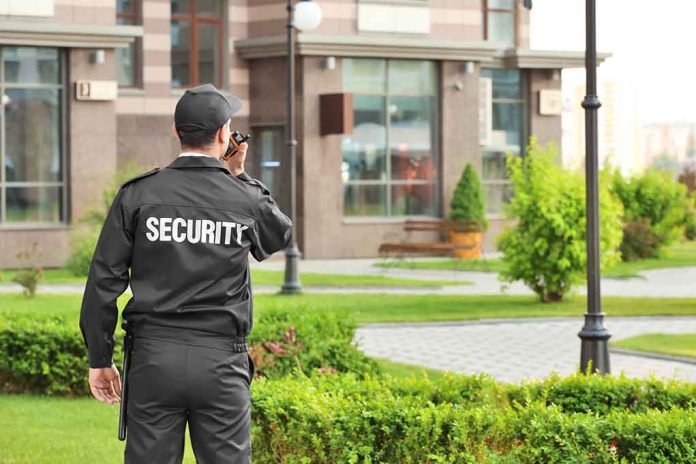 (RepublicanNews.org) – While escaping incarceration was once common, it no longer is. With the amount of security and protocols in jails and prisons across the country, it’s more than a daring feat even to attempt a jail break, let alone actually pull it off. That didn’t stop a dangerous capital murder suspect from Alabama from getting loose on April 29.

USMS is offering up to $10,000 for information leading to the capture of escaped Lauderdale Co. jail inmate, Casey White, and the location of missing and endangered corrections officer, Vicky White. Submit tips at 1-800-336-0102 or https://t.co/vS0w4N9rNp pic.twitter.com/IELaGt310K

Casey Cole White didn’t just flee; he also took the Assistant Director of Corrections at the Lauderdale County Sheriff’s Office with him. Police still aren’t sure whether 29-year-old Vicki White helped the convict escape or if he kidnapped her while absconding.

White weighs around 260 pounds, is 6′ 9″ tall, and has brown hair and hazel eyes. Authorities say there is no relation between the officer and the inmate despite the two having the same last name.

US Marshals tweeted an update on the case offering the $10K reward for information leading to White’s capture or information about Vicki White’s current whereabouts. Officials say she may be in danger regardless of how exactly she was involved.

During a press conference, Lauderdale County Sheriff Rick Singleton mentioned that Officer White was taking the inmate to the courthouse for a mental evaluation. That was the last time anyone saw the pair. Singleton noted that investigators determined there was no evaluation scheduled.

Authorities charged Casey White with burglary, murder for hire, and murder in the death of 58-year-old Connie Rideway after he confessed. He was awaiting trial at the time of his escape.

The US Marshals are asking that anyone with information regarding this case call their communications center at 1-800-336-0102. In addition, people can use the US Marshals Tip App to provide any information.