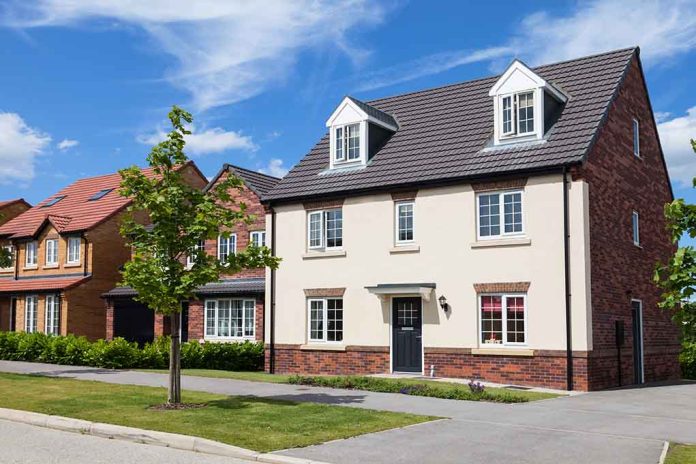 (RepublicanNews.org) – While President Biden isn’t up for reelection in the midterms, his party still has plenty to worry about. Adding to the long list of issues the Democratic Party must overcome before this year’s election season arrives are rising mortgage rates. The most recent surge is the largest Americans have witnessed since 1980.

The 2.16% spike in mortgage rates over the last 4 months is the largest 4-month increase we've seen since 1980. pic.twitter.com/elDAGtXMKC

According to a recent Politico report, mortgage rates are skyrocketing faster than they have in over 40 years. The increase is pushing Americans in every age group further and further away from homeownership.

Home refinancing is also set to take a serious hit. The surge could result in the loss of billions of dollars in spending power for consumers.

The news means trouble for Biden’s economy. The softer housing market shows signs it might stabilize after several months, but increased rates mean Americans won’t be able to build as much equity or wealth through homeownership. With fears of a potential recession looming, they’ll have less money to put back into the economy because of rising mortgage payments.

With the risk of the housing market slowing down, President Biden and most Democrats face a serious challenge. Americans already hold a negative view of the economy because of rising inflation. The Federal Reserve will take more aggressive action to stifle it as it continues to rise, which is exactly why it hiked interest rates in the first place. Democrats looking to be reelected in the midterms had better find a way to improve the situation, or they may face being ousted by Republicans.