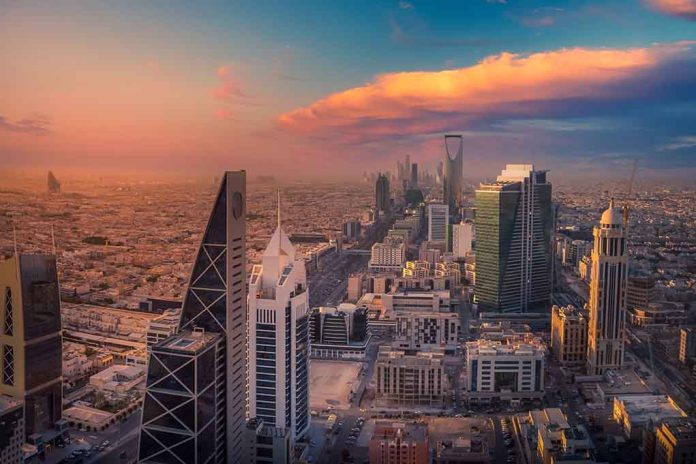 Saudi Prince Implodes On Reporter After OPEC Gets Closer To Russia

(RepublicanNews.org) – The Organization of Petroleum Exporting Countries (OPEC) recently announced it would be cutting its production of oil by 2 million barrels. The decrease in supply will put Western countries in a bind as they’re already dealing with inflation. During the press conference following the announcement, a Saudi Prince went off on a reporter.

Alex Lawler, a media representative from Reuters, identified himself to Prince Abdulaziz bin Salman Al Saud, the Energy Minister of Saudi Arabia, before attempting to ask a couple of questions. However, the prince erupted and refused to answer any inquiries from the reporter. The energy minister asserted the correspondent’s employer had been wrong twice already, speaking in response to an article claiming Russia and members of OPEC were targeting a $100 price point for a barrel of oil.

The prince declared the outlet didn’t do its job properly and noted he had spent an extensive amount of time speaking with a journalist from Reuters to clarify the narrative. Al Saud then demanded the reporter direct their questions to others at the conference and leave him out of it. The prince asserted that he wouldn’t be speaking with Reuters until the outlet respected the source, which he mentioned was him as the Energy Minister of Saudi Arabia.