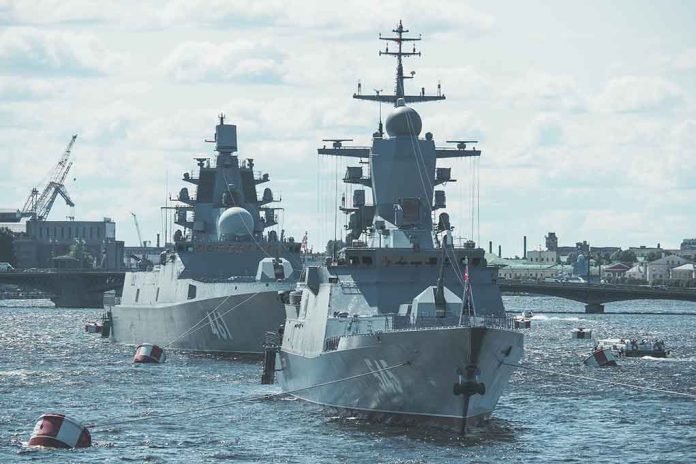 (RepublicanNews.org) – Russian President Vladimir Putin’s war against Ukraine continues to devastate the region. Airstrikes and shelling that destroyed buildings and rendered areas almost uninhabitable created one of the largest refugee exoduses in recent history; official sources estimate close to 6 million people have been forced to flee. According to Ukraine’s Ministry of Defense (MoD), Putin’s army is also robbing the country of its grain stores.

"On Tuesday, the Ukrainian MoD said shiploads of stolen Ukrainian grain had reached the Mediterranean Sea on Russian-flagged vessels bound for the Middle East. In the past week, Egypt has turned away two Russian ships carrying stolen Ukrainian wheat,"https://t.co/C76BYarqSf

The MoD accuses Russia of stealing thousands of pounds of wheat and shipping it off to Syria for redistribution. Several of the heavily stocked ships had already made it to the Mediterranean Sea as of May 10, according to The Wall Street Journal (WSJ). MoD officials believe the grain was likely heading to Syria for further distribution across the Middle East.

A separate report from the WSJ states Ukrainian officials and farmers not only accuse Russian forces of stealing their grain and equipment, but they also allege troops are placing mines in fields. They label it a direct attempt to diminish Ukraine’s agriculture industry.

The WSJ also recently reported that Russia is actively enforcing a naval blockade on Ukraine, halting agricultural exports to further cripple the country’s economy. Some experts fear Russia’s ongoing interference with the market could ultimately trigger a global food shortage.

A report from the UN’s Food and Agriculture Organization details how Ukraine is one of the world’s largest grain producers. Putin appears to be trying to damage the Ukrainian economy to force the country to surrender. Will it work?