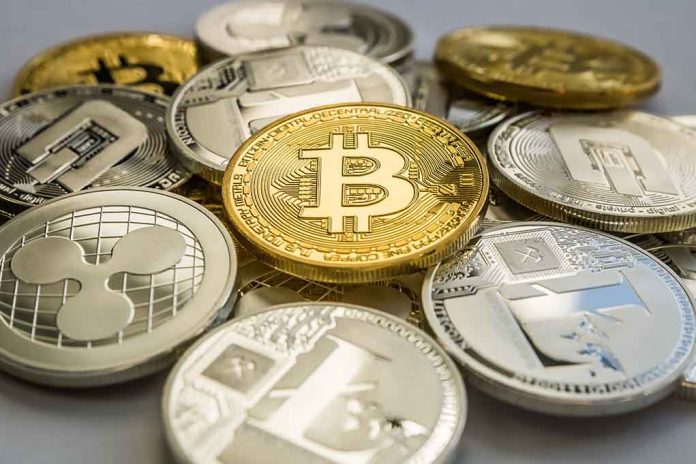 Justice Rains Down On Crypto Criminals In OUTRAGEOUS Scam

(RepublicanNews.org) – With technology becoming such a big part of people’s lives, it’s also becoming a focal point for criminals. Cryptocurrencies have grown exponentially over the past decade, making the market attractive to investors. One group wanted to take advantage of that interest and use it to make money for itself. The US Securities and Exchange Commission (SEC) found they were using a pyramid and Ponzi scheme called Forsage to pull it off. The federal agency charged 11 parties responsible for the crime.

Today we charged 11 individuals for their roles in creating and promoting Forsage, a fraudulent crypto pyramid and Ponzi scheme that raised more than $300 million from millions of retail investors worldwide, including in the United States.

According to an SEC statement, targets mostly included the people involved in creating and promoting the fake crypto pyramid and Ponzi strategy, which earned them more than $300 million. Among those in trouble were the four founders of Forsage itself. The commission believes those individuals are likely located in Russia, Indonesia, and the Republic of Georgia.

The statement explains that the scheme launched in January 2020, allowing millions to enter transactions through smart contracts. It relied on pyramid strategy to push investors to convince new people to join. Forsage’s Ponzi scheme used money from new shareholders to pay old investors.

Two of the individuals the SEC charged have agreed to settle with the commission though they haven’t admitted to any wrongdoing. One other defendant agreed to pay any necessary penalties but once again refused to admit or deny their involvement in the fraud.