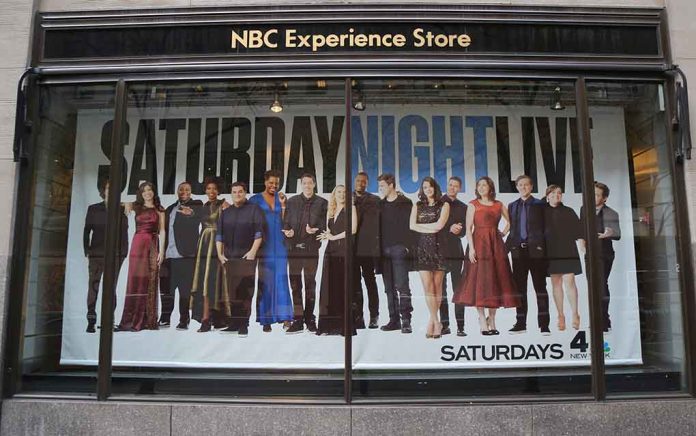 Selena Gomez Gets All The Laughs

(RepublicanNews.org) – Just about everyone wants to find love of some kind. Celebrities are no exception; Selena Gomez, who needs no introduction, recently declared she’s looking for romance. The new “Saturday Night Live” (SNL) host took the stage for the first time on May 14, noting that others have successfully found love on the show. She hopes to do the same.

In Selena Gomez's first-ever #SNL monologue, she does a Miley Cyrus impression, looks for love, and gets advice from comedy legends https://t.co/q9Y3MDb0tD

Gomez mentioned she was excited to start a new chapter in her life, calling her new role a “big moment.” She talked about her current work with Hulu on “Only Murders in the Building” before telling everyone that she hoped her time on SNL would lead her to her heart’s desire. The 29-year-old cited several couples who fell in love on its stage throughout the show’s history.

Gomez dismissed the idea of using dating apps, saying that she’s “looking for her soulmate” instead. But that didn’t stop her from poking fun at herself by suggesting she would “take anyone” at this point.

Several cast members, including Kyle Mooney and James Austin Johnson, jumped at the opportunity before Gomez shot them down, reminding them they were already married.

Gomez did date pop icon Justin Bieber on and off between 2011 and 2018, when the couple finally called it quits for good. She’s now single and ready to mingle, but we guess that doesn’t mean she’s really willing to settle for anyone — at least not just yet.