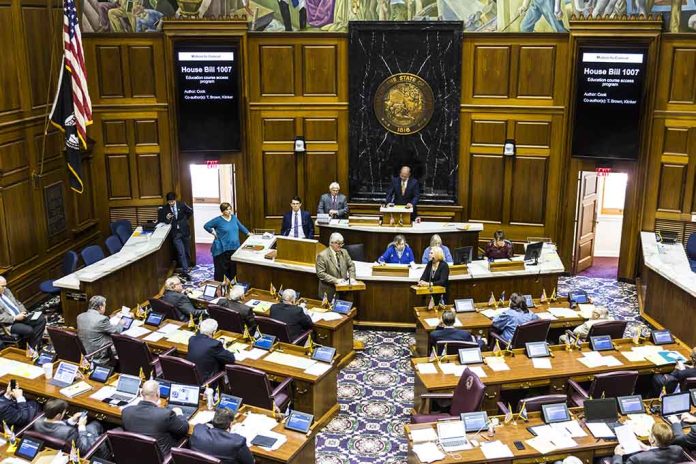 (RepublicanNews.org) – Democrats had been hoping to pass the Omnibus spending bill quickly this week but hit a roadblock on December 21st.

Sen. Mike Lee proposed an amendment to the bill to keep the Title 42 policy in place. The policy was originally due to expire on December 21st, but a Supreme Court ruling two days before this date temporarily blocked the order that would lift it. The ruling was issued in response to a request from 19 Republican Senators to retain it in order to help control immigration at the southern border. It’s due to expire any day now.

Senate Republicans accused Democrats of refusing to allow a vote on Lee’s amendment, which Lee said was because the Democrats were worried it would pass. Sen. Lindsay Graham took to Twitter to say that if the Democrats were willing to let the bill fail because they care more about letting Title 42 lapse than funding the government, then “so be it.” The Senate adjourned in the early hours of Thursday morning without a vote on the bill, but Senate Majority Leader Schumer said he felt confident a vote would be reached by Thursday morning.

Republicans are not alone in their opposition to the bill. Elon Musk shared a poll on Twitter on December 20th, asking the users if they thought Congress should approve the bill, and 71% of 3.1 million votes cast were against it, with many users adding comments of strong disapproval.

A deal was reached right before Christmas. The Senate did vote on Thursday, and it passed 68-29. Senator Mike Lee wrote on Twitter after the passing of the legislation that the Sinema-Tester amendment is a wolf in sheep’s and is misleading to Americans that democrats are trying to secure the border.

The Senate passed the bill the day after Ukrainian President Volodymyr Zelenskyy addressed a joint meeting of Congress. Showing lawmakers gratitude for their support and asking for more money as Ukraine to fight Russia. The Bill that just passed includes $47 billion in new military equipment, economic aid, and humanitarian aid for Ukraine.