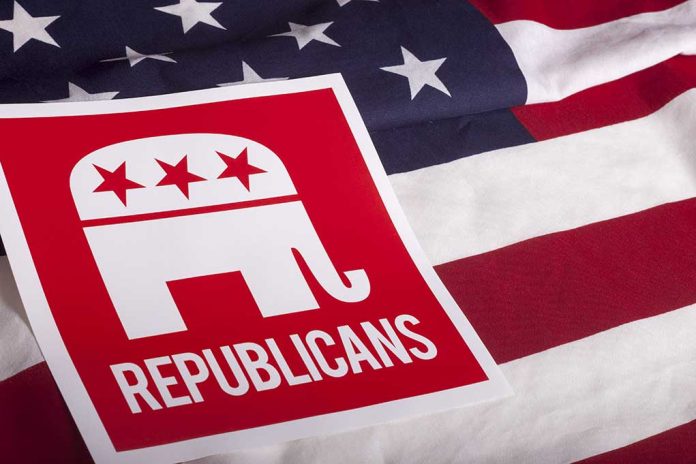 (RepublicanNews.org) – Republicans found their poor performance in the midterms more than mildly upsetting. Now, many within the GOP are looking for new leaders to put the party on a better path forward. Some Senators have already begun challenging Senate Minority Leader Mitch McConnell (R-KY).

Formation for the Future

According to POLITICO, Conservatives in the upper chamber of Congress have met with each other for several years. However, they’ve lacked organization. Now, as Congress faces the passage of crucial legislation, this same group is organizing in ways it never did before and is being coquettish with a confrontational approach. With this new format, Conservatives hope to gain traction in the Senate, encouraging their colleagues to formalize an agenda while also convincing Democrats to concede more.

Around half a dozen of these senators have been using these meetings to devise a strategy to calculate the battles they should fight within the Senate minority leader’s circle. Nearly all of these lawmakers have already expressed dismay at McConnell’s direction and even publicly opposed him as the head of the party in the upper chamber of Congress. This group has made it obvious their fight with the Senate minority leader is far from over, even if the Kentucky Republican won the leadership battle.

Despite being the minority for an additional two years, Republicans can still influence the chamber if enough of them band together. Individual lawmakers can still sway the chamber schedule, and the filibuster remains intact.

First Time for Everything

Several Republicans have already debated why their party did so poorly in the midterms, especially after envisioning such promise. After hours of discussion, Conservatives concluded that McConnell was one of the problem’s sources, and Republicans needed a new leader. As a result, Senator Rick Scott (R-FL) attempted to upend the seasoned GOP strategist from his position but ultimately failed. The Kentucky Republican easily retained his role and hasn’t pledged to alter his style.

Still, that someone even challenged McConnell likely surprised him as he’s never faced any opposition as the Republican party’s Senate leader. Tension has remained thick among the conservative ranks since Scott’s challenge. Members of the so-called “Breakfast Club,” as Senator Mike Braun (R-IN) claims some call the group of lawmakers, have muted their feelings toward the minority leader. Senator Ron Johnson (R-WI) stated he didn’t care whether their attempt to overthrow him upset McConnell, adding they were looking to make an impact, and that was their first.

The Breakfast Club is hoping to delay a must-pass funding bill until sometime in 2023, when Republicans will take control of the House. Senator Johnson noted that with a majority in the lower chamber of Congress, they could exert pressure on GOP Representatives to force an approach that’s more aggressively conservative fiscally than the current one.