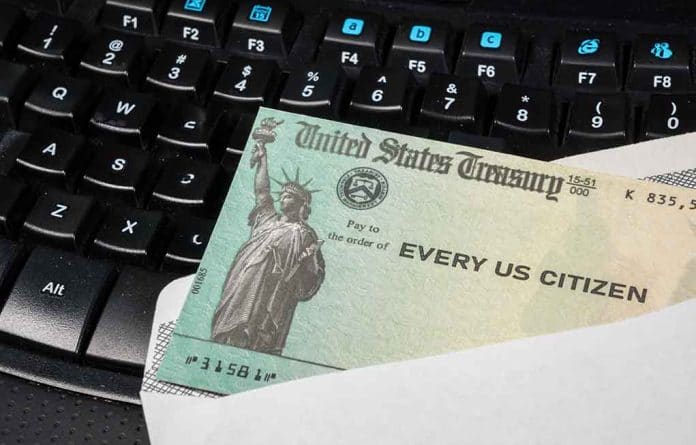 (RepublicanNews.org) – The US government has helped struggling Americans throughout the pandemic in several ways. One of the most popular methods is allocating funds to send out to citizens as a stimulus package. The government has already provided three stimulus checks; should Americans expect a fourth?

The first stimulus package, the Coronavirus Aid Relief and Economic Security Act, paid eligible adults $1,200 in March 2020. The following package was a $600 relief measure in December 2020. The third round of checks from the American Rescue Plan paid out $1,400, which Biden signed in March 2021. Even with assistance from the federal government, many Americans are still struggling, especially after the emergence of the Omicron variant.

With unemployment still below pre-pandemic levels, the US may very well require another stimulus check. Most Americans have exhausted stimulus money previously received but still have debts and bills to pay. Over three million people have already signed a petition on Change.org calling on Lawmakers to pass a bill that would send $2,000 to Americans every month.

Other groups, such as the Senior Citizens League, have brought new ideas for stimulus money, like sending a one-time check of $1,400 to America’s senior citizens. According to CBS News, a December update shows a petition, signed by over 95,000 people, supporting the idea.

Twenty-one Democratic Senators seem to like the idea of recurring payments for Americans as they signed a letter to President Biden in March supporting it, citing that $1,400 wasn’t going to last very long. The letter claimed 60% of Americans said the $1,400 payment wouldn’t last three months. The senators didn’t disclose their opinion of an ideal recurring payment. Still, another effort from Democrats talked about pushing for a $2,000 check monthly until the end of the pandemic.

Americans shouldn’t get their hopes up about a fourth round of stimulus packages for two main reasons. Economists partially blame the record-high inflation on the federal stimulus packages, claiming it drove up demand as Americans had cash in their pockets. Increased demand on top of an already struggling supply chain could skyrocket inflation. Instead, experts believe inflation may settle down some without another stimulus package in the new future.

The second reason is that President Biden isn’t prioritizing stimulus payments. Instead, he’s focused on passing infrastructure spending, which he believes will get the economy moving again.

There Are Still Options

Despite a lack of discussion around new stimulus packages, several states are coming up with their own ways to keep people above water. The government also offers assistance in the form of the Temporary Assistance for Needy Families (TANF) and the Supplemental Nutrition Assistance Program (SNAP).

Each of the 50 states has its own unique plan; some are more helpful than others. There are also energy assistance programs and child care assistance in some areas.

While a fourth federal payment is out of the question for now, people still have access to critical resources when they need it.