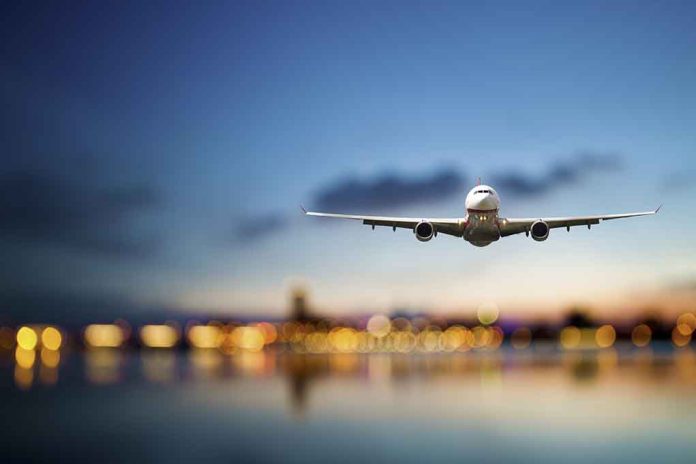 (RepublicanNews.org) – Despite having $23 billion at its disposal, the Federal Aviation Administration (FAA) grounded US flights for several hours on January 11 after an important alert system used by air traffic control and pilots crashed.

The debacle has renewed public skepticism about Department of Transportation Secretary Pete Buttigieg, a Biden appointee. Buttigieg often referred to as “Mayor Pete” after his 8-year stint as mayor of South Bend, Indiana, describes himself as a “progressive” politician. He unsuccessfully ran for President in 2020.

More than 7,000 US flights were delayed, and more than 1,100 were canceled Wednesday morning after the Notice to Airmissions System (NOTAMS) went down. NOTAMS is an information system that gives timely updates to pilots on weather, special airport conditions, and other factors that affect flight and safety decisions.

The system was restored hours later, and flights resumed.

Unhappy with the system’s traditional name because of perceived “sexism,” the FAA changed its name in December 2021. The alert system was formerly known as Notice to Airmen.

Buttigieg, who had no experience in transportation policy before being appointed to the Secretary position, said Wednesday that the FAA has started an investigation into the cause of the system crash.

On Twitter, Buttigieg said he had ordered an “after-action process to determine root causes” of the system failure.

Critics of the administration point out that, like other large federal agencies, the FAA appears to be focused on “woke” political priorities at the expense of its mission. In addition to the name-change of the NOTAM system, the agency’s 2023 budget request promised to assess its efforts to “achieve diversity, equity, inclusion, and accessibility.”

In July of 2022, an FAA whistleblower said the agency knowingly allowed Southwest Airlines to operate in an unsafe manner, putting the public at risk.

In a public statement on January 11, Secretary Buttigieg said travelers would feel the effects of the NOTAM outage “rippling through the system” but that flights had resumed.