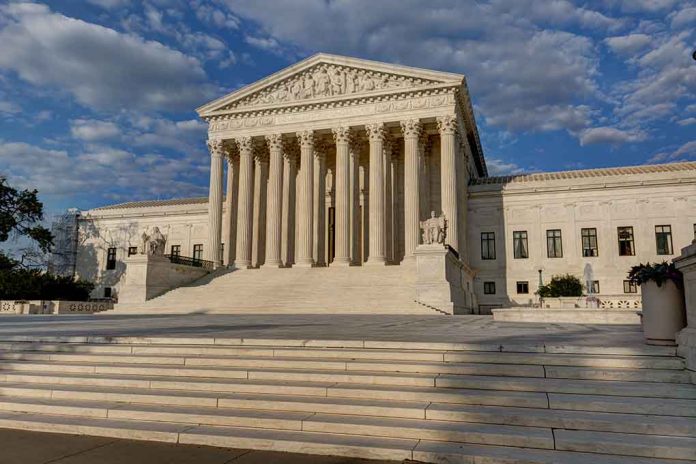 (RepublicanNews.org) – House Republicans are pushing a Constitutional amendment to set the number of Supreme Court seats at nine, citing “dangerous” calls to “pack the court” from Democratic politicians.

South Dakota Republican Dusty Johnson proposed the amendment, originally introduced in January 2021. The bill was referred to a subcommittee in March of 2021.

Other Republican lawmakers echoed his position, saying Democrats were making an illegitimate power-grabbing move that would endanger the judicial branch. Texas Republican Pete Sessions said Democrats were trying to “weaponize the Supreme Court and the court system.”

Ashley Hinson, a Republican House member from Iowa, said leftists want to “pack the court with justices that will be activists”, and that they will undermine the court and the Constitution.

In 2022, White House press secretary Karine Jean-Pierre said President Biden did not “agree with” packing the court and that it was “not something he wants to do.” The Biden White House has given mixed signals on other controversial issues in the past, appearing to change its policy by the day in response to media and public sentiment.

The future of Johnson’s proposed amendment is unclear. The lawmaker said it has become difficult to get bipartisan support for measures that should be acceptable to both sides of the aisle.

Johnson said some Senators have said they would look seriously at his bill if Republicans in the House could “get your act together.”