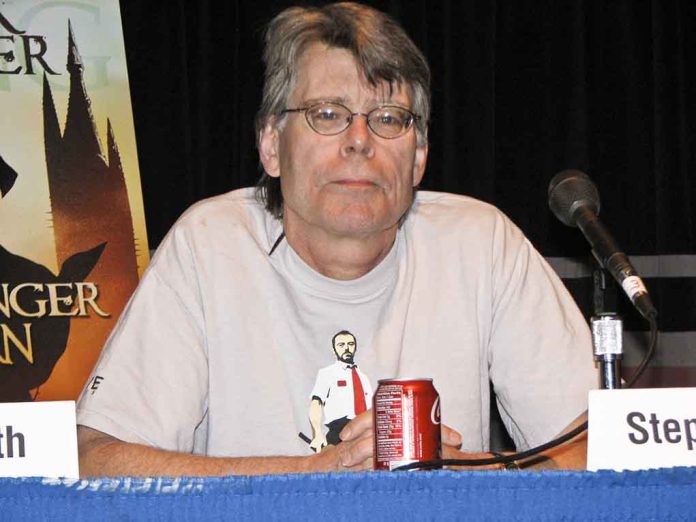 (RepublicanNews.org) – Stephen King is a world-renowned writer of horror. The author often makes his political views known and frequently lashes out at Republicans, such as Ron DeSantis, on social media. Unfortunately, King recently faced his own nightmare when he had to apologize for a tweet about the Florida governor that turned out to be a work of fiction.

The liberal horror writer shared details he originally thought were true about a bill Governor DeSantis had recently signed. King mentioned the legislation would require students and teachers to register their political beliefs with the state of Florida.

The author soon ran into trouble. People began to condemn him for posting false information, pointing to the source. King swallowed his pride and apologized but eventually deleted the post altogether. Then, he sent a tweet out explaining what he did — and why.

I deleted a tweet about Ron DeSantis requiring notice of political views of students and teachers. That really was fake news. Sorry.

Twitter employs fact-checkers who selectively determine whether tweets are accurate and true. However, the site uses algorithms and reports to assess when moderators need to step in and take action. For reasons that remain unclear, it simply didn’t take action on King’s tweet about DeSantis. The author took the post down on his own instead after realizing his mistake.

What remains true from this story is the fact that DeSantis did recently sign a new bill in the Sunshine State. Nonetheless, HB 233 does not make it mandatory for professors or students to register their political ideology with the state of Florida. Instead, the legislation forces public universities and colleges to conduct voluntary surveys on viewpoint diversity and intellectual freedom once per year.