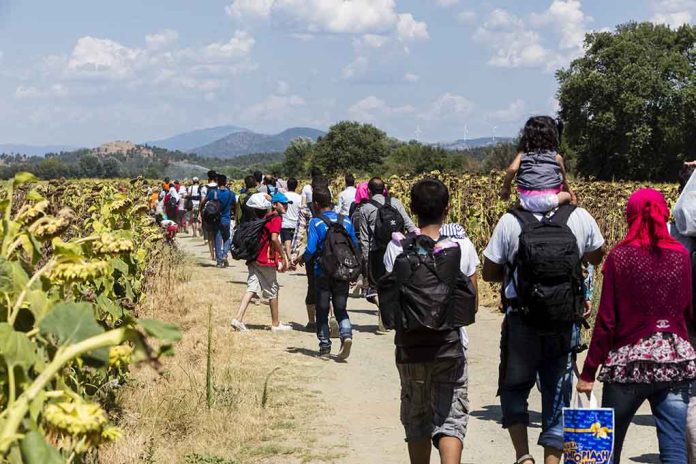 (RepublicanNews.org) – The Biden administration’s laissez-faire approach to border control continues to have adverse effects on the country. Customs and Border Protection (CBP) reports that in 2021, a record number of migrants crossed into the USA — close to 2 million in total. The agency quickly became overwhelmed, expediting its usual procedure and losing tens of thousands of undocumented individuals in the process.

Senator Ron Johnson (R-WI) requested that the Department of Homeland Security (DHS) provide documentation on this issue back in 2021. According to data DHS Secretary Alejandro Mayorkas sent to Senator Johnson in response, Border Patrol issued 104,000 “notice to reports” between March and October 2021.

The same datasheet indicated that nearly 48,000 migrants received a notice but failed to report to a local Immigration Customs Enforcement (ICE) agency.

#BorderPatrol agents were so overwhelmed with the #BorderCrisis last year that they resorted to issuing a newly-developed “notice to report” to over 104,000 individuals before releasing them into the US.

In a January 11 statement, Senator Johnson questioned why ICE doesn’t have data regarding which immigration courts are presiding over the more than 40,000 cases. He feels that because ICE officials often serve as the prosecution in such matters, they should be able to define who’s responsible for ensuring the correct protocols are followed.

The “notice to report” is a new development in the face of a border crisis for immigrants to report to their local ICE office within 60 days. After connecting with officials, undocumented individuals obtain a “notice to appear,” which they typically receive upon entering the country.

The key problem right now is that 47,000+ individuals have failed to report to ICE. Yet, the same authorities responsible for tracking them seem clueless about their location — they’re essentially “lost.”