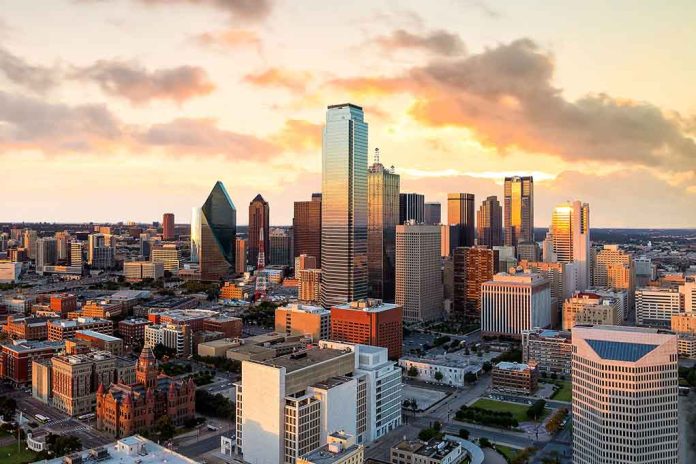 (RepublicanNews.org) – The world can be a confusing place for young people, especially in the current political climate. Woke activists have asserted themselves on multiple fronts, pushing their ideologies under First Amendment rights while attempting to withhold those same liberties from conservatives. Leaders at one Texas church learned the hard way that speaking up can come at a steep price.

Pastor Bradley J. Helgerson went to a city council meeting, along with two other members of the Church on the Square, to voice concerns over a mural the Georgetown Independent School District had recently funded.

The artwork in question, titled “Be Your Own Person,” features a gray background surrounding a field of poppies, most of which are red. A handful of the flowers contain pride flag color themes. Helgerson thought the choice was inappropriate for a school-funded mural and felt it was his place to offer “theological context for the ideology lurking behind this artistic expression.”

Instead of hearing his point, at least one observer appeared to turn on the pastor. Ron Watson, Palace Theatre’s executive artistic director, sent Helgerson an email informing him that his church was being evicted, active immediately, despite being paid in full through the end of May.

The Federalist just published an article on our eviction: https://t.co/xcXfpmwLBA

The church had been using the property on a month-to-month basis since 2020. According to the pastor’s statements, a refund check for the rest of the month, along with the church’s belongings, awaited him when he later arrived at the theater.