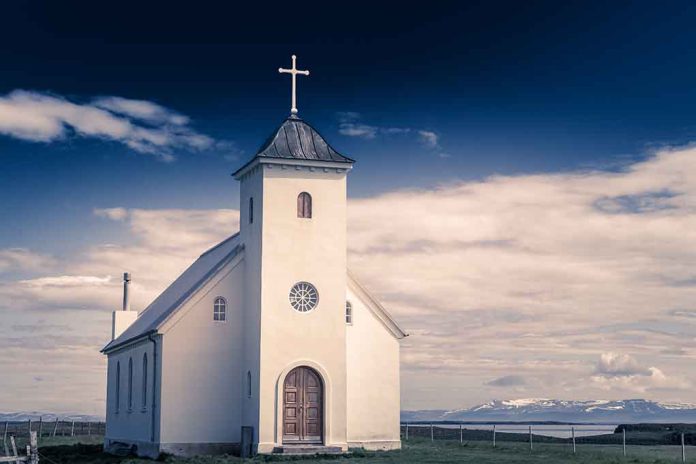 A NEW Question About God And Government Is Spreading

(RepublicanNews.org) – The Founding Fathers wanted to keep the church and state separate, so one didn’t influence or control the other, namely religion leaking into politics. However, many people have lost sight of this needed separation, advocating for the church to have more political sway. Some of the Supreme Court’s recent decisions have compounded concerns from those weary of mixing church and state, sparking a new debate over what the Founding Fathers meant.

IN OTHER NEWS — Rep. Lauren Boebert’s recent comments calling the separation of church and state “junk” has drawn both criticism and worry that the influence of conservative Christians – both in public office and on the Supreme Court – https://t.co/f8zY0XoTFo

Recent comments from US Representative Lauren Boebert (R-CO) claiming the separation of church and state is “junk” have brought worry and criticism, even from her own party, that Christianity has leaked into Congress and the Supreme Court. SCOTUS recently ruled against abortion and in favor of prayer in school.

According to The Hill, Boebert declared the separation of church and state meant nothing, claiming it was “junk.” She added that things have gone so wrong in America because the church has been complicit, asserting religion should control the government, not the other way around. The Republican mentioned the separation isn’t part of the Constitution, explaining that it was part of a letter.

The Colorado representative alluded to a letter from Thomas Jefferson to the Danbury Baptists Association of Connecticut in 1802 after the group voiced concern about religious liberty. In the letter, Jefferson explained that the First Amendment created “a wall of separation between Church & State” with the clause “Congress shall make no law respecting an establishment of religion, or prohibiting the free exercise thereof.”

Do you think that’s what the Founding Fathers meant? Or do you believe they meant for the two entities to be completely separate from one another?