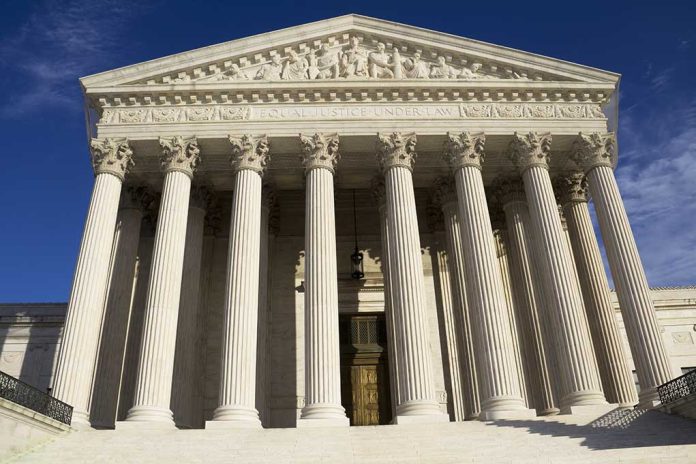 (RepublicanNews.org) – An armed man recently drove across the country to the home of Supreme Court Justice Brett Kavanaugh. He eventually called the police on himself, claiming to have suicidal thoughts and the intent to kill the conservative justice. Despite the gravity of the situation, the New York Times (NYT) apparently didn’t think it was that important; they buried the story on page A20.

The outlet also minimized the story’s importance. What should have been headline news was instead replaced with news of the January 6 Committee hearing. Adding insult to injury, the Kavanaugh assassination story didn’t get anything but a short blurb.

The NYT prioritized a story about the New York Attorney General questioning three Trump family members under oath instead.

In another questionable twist of representation, neither USA Today nor Politico mentioned the failed assassination attempt at all. Why are media outlets minimizing the danger these justices are facing? And when did it become acceptable to solve political differences with violence?

A prevailing theory suggests that people are threatening Conservative Supreme Court judges in hopes of swaying their decision to preserve Roe v. Wade. If passed, it would effectively render abortion a federal matter rather than a state decision.