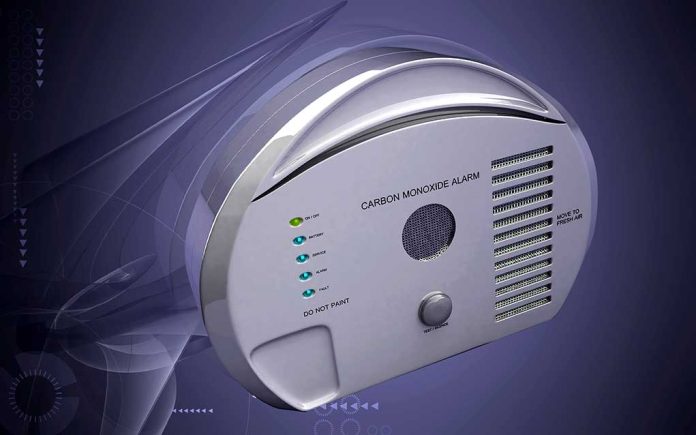 (RepublicanNews.org) – According to the CDC, the colorless and odorless gas carbon monoxide (CO) kills at least 430 people in the US every year. Around 50,000 people visit emergency rooms across the nation as a result of accidental CO poisoning. Statistics like that highlight the fact that most states are missing laws requiring CO detectors in areas like schools and childcare facilities. Perhaps if these laws were in place, a school and a daycare hundreds of miles from each other wouldn’t have experienced high levels of the toxic gas, resulting in hospitalizations.

NEW: @NorahODonnell & the CBS News Investigative Unit pored through extensive data and nationwide state laws to reveal that many states have no law requiring schools and childcare centers to have detectors. https://t.co/acxxLNUK6J

At least 10 states don’t have any laws requiring CO detectors in schools or daycares. Among them are Pennsylvania and Missouri, both of which just recently had severe incidents take place. On October 19, emergency services took a total of eight people, six children and two adults, to a local hospital in Kansas City, Missouri after discovering the victims had elevated levels of CO as the result of a leak in the school.

In Allentown, Pennsylvania, authorities transported 32 people, four adults and 28 children, to nearby hospitals on October 11, after one of the children became unconscious and collapsed at a daycare. Thankfully, all those affected were in stable condition. The incidents have drawn attention to the issue of missing state laws protecting residents against accidental CO exposure.

Some states that do have laws requiring CO detectors only make them mandatory if a building has been constructed after a certain year. The federal government also doesn’t have any laws regarding the issue. Detectors are important because the gas has no odor and is undetectable by the human eye, so there’s no way of knowing there is CO in the area without them. While an industrial CO detector may cost up to $240 per unit, any saved life is well worth the investment.