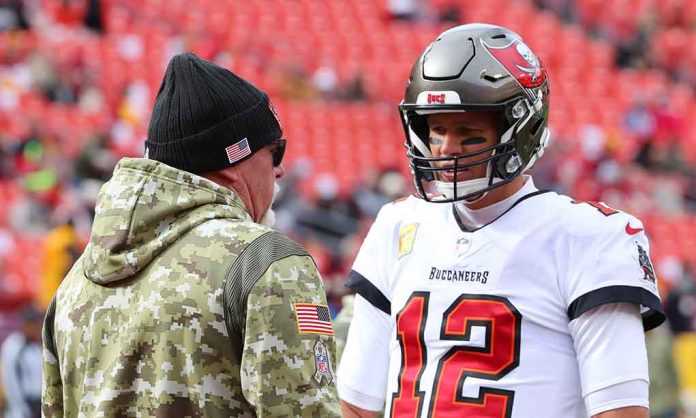 (RepublicanNews.org) – Tampa Bay Buccaneers quarterback Tom Brady and supermodel Gisele Bündchen have finalized their divorce. While many divorces drag on, Brady and his now ex-wife ended things fast. Many wonder how they could dissolve the ties that bind so quickly. Much of the credit goes to the couple’s prenuptial agreement and a mutual understanding.

Several sources have touted the super couple’s prenup as “ironclad” and declared that’s what made it so easy for them to divorce. Yet, in legal terms, “ironclad” prenuptial agreements technically don’t exist.

Ogborne Law explains the law protects both spouses, and a valid prenup that will stand up in court must meet specific requirements and standards of honesty and fairness. The agreements should also avoid terms regarding child support or custody to avoid legal challenges. Despite kids, enormous wealth, and a deteriorated marriage, Bündchen and Brady apparently held onto their mutual understanding of priorities — especially concerning the matter of their children.

By the time news of the split between the quarterback and supermodel broke, the couple had already agreed on how they needed to handle their children. Brady and Bündchen decided to share joint custody of Vivian, 9, and Benjamin, 12. The football superstar also shares a child with his ex, Bridget Moynahan. Sharing custody allows both parents to participate in their children’s lives, a mutual goal.

The next issue was dividing financial assets. Brady is worth around $333 million, and Bündchen has a net worth of around $400 million. Since both have acquired their own wealth through separate business ventures it appears the two will likely keep their fortunes to themselves. Reportedly, the biggest obstacle for the power duo was splitting up the properties they own around the world.

Observers believe Brady will keep the property currently under construction on Indian Creek Island in Miami, Florida — a $17 million mansion that had been destroyed for renovations.

After 13 years of marriage, both Bündchen and Brady shared their thoughts on social media, wistfully wishing the best for the other. The supermodel said nothing about the divorce was easy because she cherished her time with Brady even though they’d grown apart. The Super Bowl champ expressed gratitude for their time as a couple and admitted how difficult and painful the divorce process was.