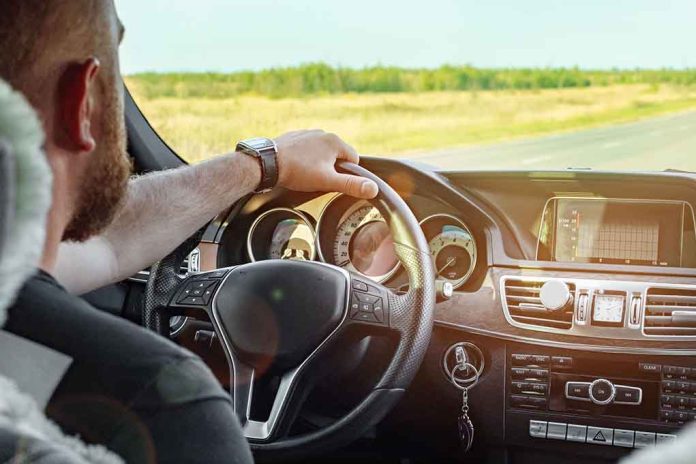 (RepublicanNews.org) – On July 31 a man drove through the city of Kaufman, Texas, about 65 miles southeast of Fort Worth, with a burning trailer and left a wake of chaos. A local news agency reported the driver’s actions caused three separate fires throughout the community, burning around seven acres of land. Authorities recently arrested the man they believe was responsible for the mayhem.

The driver had the nickname “Rocket Man” on social media, the fire department said. https://t.co/ta6GUf9x4e

According to reports from a separate local news agency, the now Internet-famous suspect is 43-year-old Jeffery Furr. The driver’s actions caused the evacuation of 12 homes, and the blaze damaged a residence and two sheds. There were no reported injuries. Officers arrested Furr, whom local news dubbed the “Rocket Man,” 100 miles from Kaufman, where he’d caused so much destruction.

Videos circulated on Twitter and Facebook showing the suspect continuing to drive despite his trailer being on fire. After leaving a trail of destruction, Furr decided to unhitch the burning trailer on a bridge, fleeing the scene before emergency services could arrive. Authorities determined the driver was a wanted fugitive for arson and was among Kaufman County’s most wanted.

Was the fire just an accident, or is it possible Furr was intentionally driving the flaming trailer through the community?