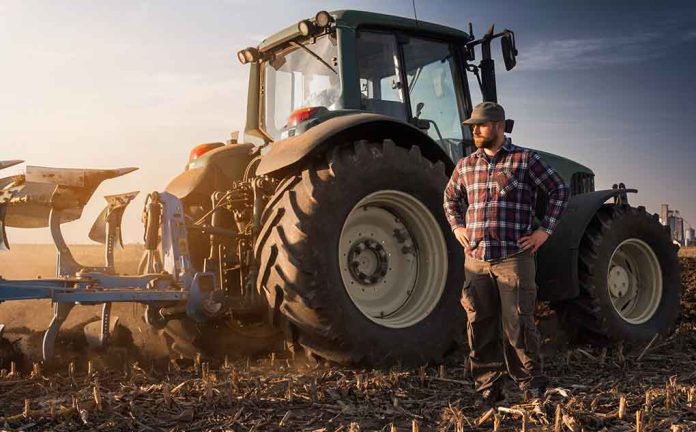 (RepublicanNews.org) – The world continues to search for ways to deal with climate change. Despite outcries and pleas from Canadian farmers, Prime Minister Justin Trudeau is pushing through his controversial agenda. The shift will drastically decrease the amount of fertilizer the agricultural industry can use, hurting farmers who are just trying to earn a living.

Canadian Prime Minister Justin Trudeau ignored cries of anger and desperation from farmers and provincial officials last weekend by pressing ahead with a climate change agenda that will dramatically reduce Canada’s use of fertilizer. https://t.co/ghywAFZVKJ

According to a report from the Toronto Sun, provincial leaders met with federal officials on July 22 to deter the prime minister from pushing the move. The news outlet claims that Trudeau didn’t show any flexibility regarding his administration’s emissions target. The Canadian PM will continue asking for a reduction in values in spite of growing food shortages.

Farm organizations in Canada have warned the PM that reducing the amount of fertilizer they can use will decrease production volumes, leading to lost income and higher consumer prices.

Trudeau’s plan is similar to a controversial set of changes recently rolled out by the government of the Netherlands. The similarities prompted warnings about what might come to pass if the PM managed to push his desired plan. Dutch News pointed out that angry farmers are currently protesting the matter by the thousands.

Farmers in Canada could lose an estimated $48 billion by 2030 due to reduced crops, smaller yields, and the higher price to use environmentally friendly fertilizers. Will Canada suffer a fate similar to that in the Netherlands?