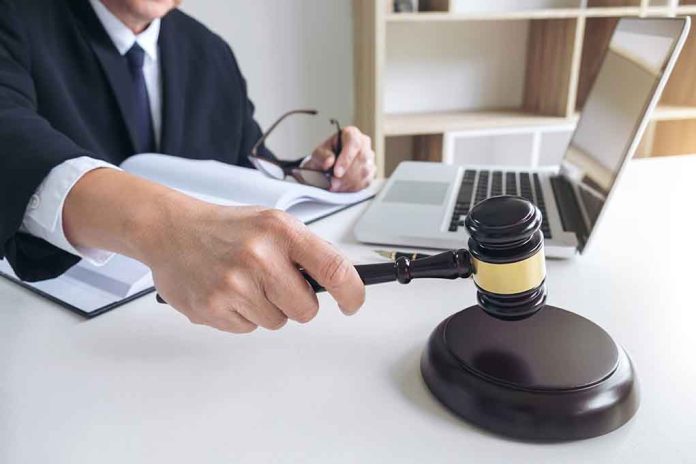 (RepublicanNews.org) – The Manhattan District Attorney who wants to indict former President Donald Trump appears to be concerned that a new book may scuttle his case.

Former New York prosecutor Mark Pomerantz is set to publish a book next month through Simon and Schuster. The publisher describes the book as an inside account of the effort to prosecute Donald Trump for financial crimes, written by one of the lawyers who worked on the case.

Today, AG Bragg appears to be worried that a long-stymied investigation into alleged hush money payments from Trump to adult performer Stormy Daniels may be further undermined by Pomerantz’s book.

The Washington Post obtained a letter from Bragg’s general counsel Leslie Dubeck to Simon and Schuster. The letter said that former prosecutor Pomerantz was obligated to get written permission from the District Attorney’s office before disclosing details of the Trump investigation in which he participated.

Dubeck told the publisher that the circumstances of Pomerantz’s departure made him unable to assess whether the information he plans to include in the book might jeopardize any ongoing criminal cases. She said any further moves by Pomerantz do jeopardize an “ongoing criminal investigation.”

Since leaving the Manhattan DA’s office, Pomerantz has criticized DA Braggs’ actions on the Trump investigations. He said he believes Bragg should indict Trump rather than spending more time considering the evidence.

The DA’s office is still investigating the allegations that Trump paid off adult actress Stormy Daniels to keep quiet during the former President’s campaign.

Trump’s former personal lawyer, Michael Cohen, said he met with Manhattan prosecutors for hours on January 17, and that he had “tremendous confidence” in their investigation.

Cohen pleaded guilty in 2018 to campaign finance law violations by arranging payments to the adult film star to keep her from disclosing an alleged extramarital affair between her and Trump.