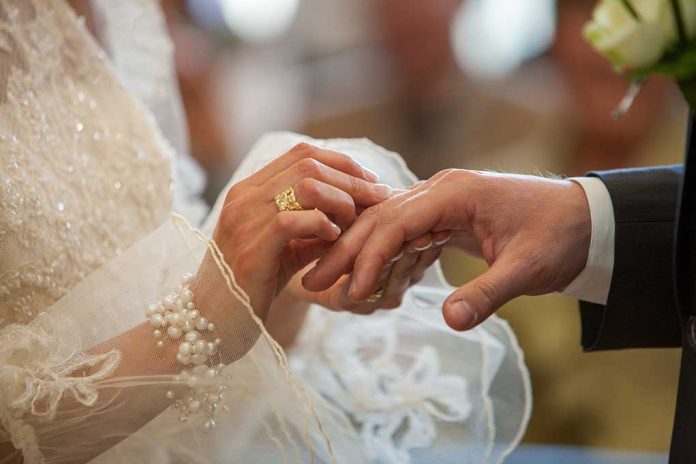 (RepublicanNews.org) – Much of America expects Donald Trump to announce another presidential bid, even after the dismal performance from his endorsees in the midterms. The former president seemingly put politics aside for the day as he celebrated the wedding of his daughter Tiffany Trump, whom he shares with Marla Maples.

Watch Donald Trump give a toast and dance at daughter Tiffany’s weddinghttps://t.co/KKRlZMIRxy

Nights like November 12, the day of the wedding, remind people that Trump, despite the way some might feel about him, is a human and, more importantly, a father. The former president has been feeling a bit angry over the midterm results, as many of his candidates failed to bring the GOP the red wave they were anticipating. Nonetheless, that all seemed to melt away as Trump attended his daughter’s exchange of vows just days before he was set to make a major announcement.

The 76-year-old father walked his beloved daughter, 29, down the aisle, and even toasted the newlyweds. During his speech the former president told Boulos he had better take care of his daughter, adding that the young man certainly would. Trump also mentioned his new son-in-law was a “special person” who was beyond his years. According to a Page Six exclusive, the former president described the young couple as great people and mentioned how wonderful the day was.