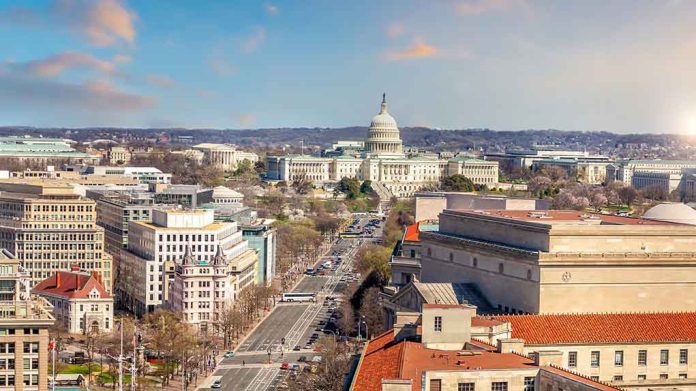 Trump SHOCKS Media – Does Something Unexpected

(RepublicanNews.org) – With Donald Trump’s current legal situation still fresh in the minds of millions of Americans, his recent trip to the Washington, DC area sparked speculation. Some people believe the popular conservative came to the region due to the Department of Justice’s multiple ongoing investigations centering on him. The former president assured he was simply on a business trip.

Trump owns a golf course in northern Virginia, which is where he spent part of his visit to the area. His son Eric and another employee of his organization, among several others, joined the former president on the property. The past commander in chief wore his now-iconic red “Make America Great Again” hat as someone snapped a photo of him talking to a group of employees working for the Trump National Golf Club, Washington DC, which is only 25 miles from the Capitol. During his tenure in the Oval Office, the 45th President often used the club to play golf and host private legal and political deliberations.

Amid speculation the Justice Department is considering charging the former president, Trump noted on Truth Social, his social media platform, that he was merely working. The once-leader of the free world, with his middle son in the passenger seat, drove his own cart. Sources didn’t note whether Trump had a chance to play a round of golf.