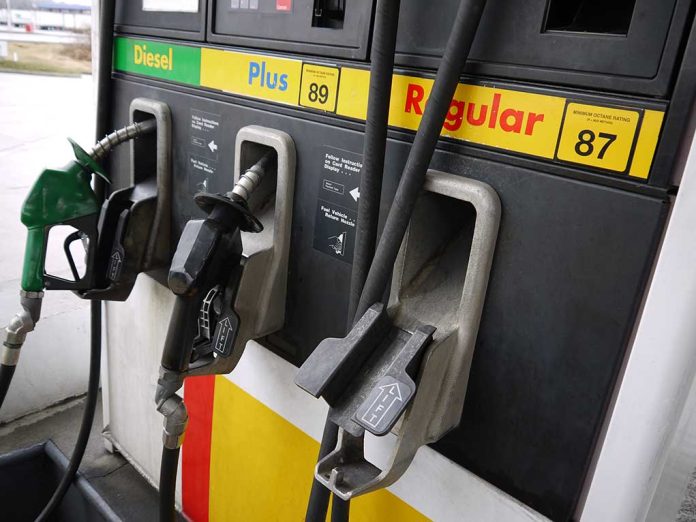 (RepublicanNews.org) – If anyone has been to the gas station recently, they know fuel prices have skyrocketed in the past couple of weeks. The Biden administration quickly blamed the price surge on the ongoing conflict in Eastern Europe between Russia and Ukraine. But whatever the reason for the price spike, one fact remains true: Former President Donald Trump accurately predicted costs would rise after Biden took over.

While on the campaign trail, Trump made several bold predictions about the realities of life under the Biden administration. He also accurately predicted a rapid escalation in gas prices.

Remember when Trump warned us about $7.00 gas if Biden got in?

Well here we are. pic.twitter.com/LDecWc3Rhr

With Biden in power, Trump’s prediction seems to be coming to fruition; Americans currently pay the highest prices in the nation’s history.

On March 7, the website GasBuddy reported that the average price for gasoline recently surpassed records previously set in 2008. While it may be a far fetch from $7/gallon, that number suddenly doesn’t seem as unlikely given the way prices jumped in the past few days.

To top things off, officials seem out of touch with citizens who struggle just to afford to fill the tank. US Secretary of Transportation Pete Buttigieg (D-IN), the former mayor of South Bend, Indiana, recently urged Americans to reach into their pocketbooks and wallets to buy electric cars.

The logic is strange: If you can’t afford the $100 it costs to fill your tank, maybe you should buy a $50k+ car. Yet another Trump prediction turned into a fact.