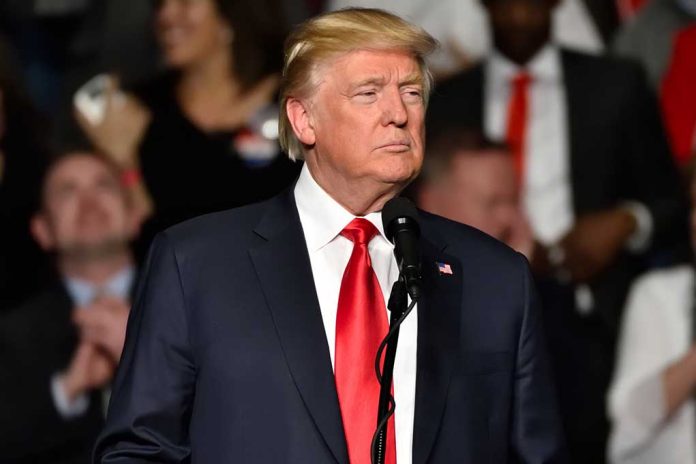 (RepublicanNews.org) – There’s no question that former President Donald Trump is a golf fan. In fact, he is an active player who regularly plays on some of the most incredible courses worldwide. But instead of focusing on his own performance this week, he lavished praise on professional golfer Tiger Woods after the Masters instead.

“Great job by Tiger Woods in the Masters, a true champion!” pic.twitter.com/jK1S3tj8Hx

Trump first congratulated Tiger Woods for his efforts, calling him a “true champion.” Then, he commented that Woods put on an incredible performance for his fans and the golfing world.

Woods returned to the Masters to compete for the trophy over the weekend. Unfortunately, he came in 47th place despite his best efforts — a far drop from his previous outings.

The golf great previously took home first place in five separate tournaments. However, a severe car accident left Woods in shambles and facing the possibility of losing a leg.

Woods thanked the fans who supported him throughout the tournament shortly after it closed, specifically noting those who never stopped believing in him. He admitted that he wouldn’t be playing a full schedule anymore. Instead, Woods plans to focus on major events.

Woods’ remarkable comeback might not put him in first place, but it serves as an example of how much the human spirit can overcome. The golf great proved he can still compete, even if his best days are behind him. That doesn’t so much matter to Trump, who still sees him as worthy of praise despite his uncharacteristic placement.