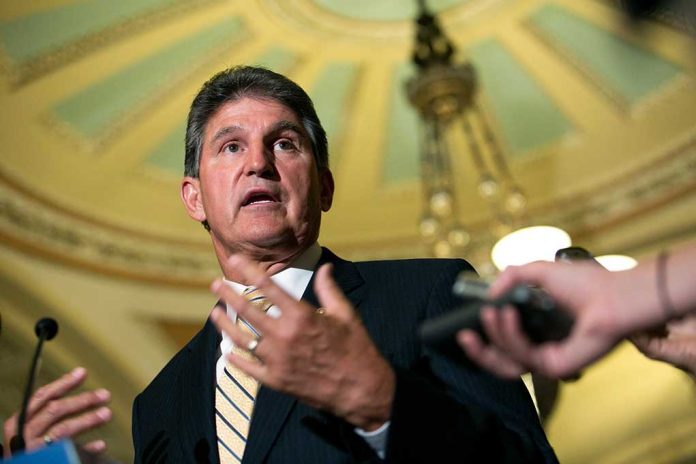 (RepublicanNews.org) – Top congressional Democrats reached a deal with Senator Joe Manchin (D-WV) to include language pertaining to his permitting reform in a stopgap funding bill if he pledged to support the legislation. However, neither party liked the senator’s language, threatening a possible government shutdown. The upper chamber of Congress was able to advance the continuing resolution after Senate Majority Leader Chuck Schumer (D-NY) agreed to remove Manchin’s permitting reform.

The stopgap funding bill, also known as the “Continuing Appropriations and Ukraine Supplemental Appropriations Act,” will keep the government up and running if it passes. The legislation allocates $1 billion to aid in heating homes over the winter, $4.5 billion for natural disaster assistance, and $20 million to address the water crisis in Jackson, Mississippi. The bill will also provide an additional $12.4 billion in funding for Ukraine’s effort to combat Russia.

Senator Manchin requested that Schumer remove his permitting reform from the measure after realizing Senate Republicans and House Democrats didn’t approve of his proposed text. Schumer took Manchin’s advice, blaming members of the GOP in the upper chamber of Congress. He claimed his opponents would rather obstruct bipartisan efforts than allow the government to continue running.

If the bill does make it through the Senate, it will still face challenges in the House, where Speaker Nancy Pelosi has said there will be a vote no later than September 29. Congress has until the end of September 30 to pass the continuing resolution in order to prevent the government from shutting down.