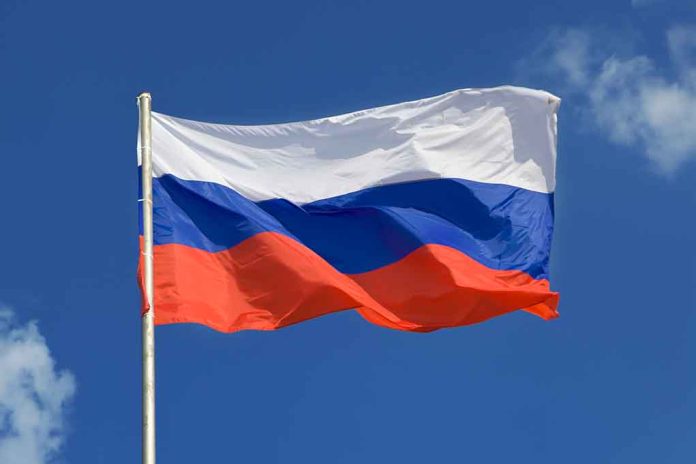 (RepublicanNews.org) – There’s a new development in Russia’s ongoing incursion into neighboring Ukraine. While Russian forces did manage to successfully take Mariupol earlier this week, the Ukrainian Armed Forces have successfully recaptured Kharkiv in its place. A Facebook post the Ministry of Defense shared contains the details.

Much as they did in the nation’s capital of Kyiv, Ukraine’s forces managed to successfully repel Russian invaders out of the Kharkiv region and back into Russia. After pushing the Russians back to their home country, the Ukrainian soldiers planted blue and yellow monuments along the border. Watch them in action in the video clip below:

President Volodymyr Zelenskyy expressed his appreciation and gratitude to everyone who has helped fight back the Russian invaders in a statement on May 14. He pointed out that the country was slowly but surely retaking the lands back from neighboring invaders.

In a short video, #Ukraine️ president @ZelenskyyUa has thanked the soldiers of the 227th Battalion of the 127th Brigade of the Territorial Defence of #Kharkiv for having pushed back the #RussianArmy all the way up to the border. #UkraineRussianWar #UkraineInvasion #Zelensky pic.twitter.com/LE9h041WNj

Both recent counter-offensive exercises — first Kyiv in late March through early April, and more recently Kharkiv in May — demonstrate Ukraine’s ability to fight back. Placing monuments along the hotly contested border probably served as a much-needed morale booster for Ukrainian forces, who have spent weeks under constant threat.

What isn’t yet clear is whether troops will manage to hold the recaptured region long term. A Territorial Defense Brigade Lieutenant told reporters from Reuters that the military believes Russia’s army will try to retake Kharkiv in the near future. That didn’t happen in Kyiv.