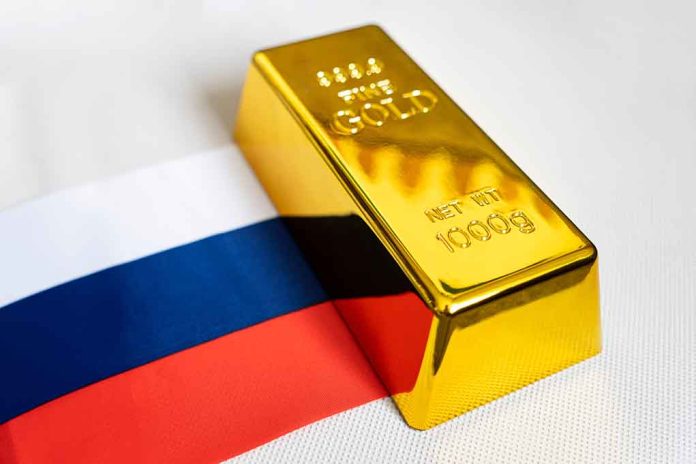 (RepublicanNews.org) – With the war in Ukraine still running strong, the US and international allies are doing what they can to put an end to the conflict. So far, it appears as though the sanctions against Russia have had little effect on the invading country. The US Treasury recently announced sanctions that will ban America from importing Russian gold, which could deal a massive blow to Vladimir Putin’s war machine.

According to a Treasury Department press release, the sanctions target 70 entities that the agency believes are crucial to Russia’s technology, industrial, defense, and manufacturing sectors. They also specifically take aim at 29 individual Russian citizens.

Treasury Department Secretary Janet Yellen noted that targeting these aspects would cripple the invading country’s capabilities. The effort could further stifle its war efforts, which already suffer from logistical challenges and poor morale.

President Biden recently spoke out about the same issue on Twitter. He was traveling to a G7 meeting to discuss potentially banning Russian gold at the time.

The United States has imposed unprecedented costs on Putin to deny him the revenue he needs to fund his war against Ukraine.

Together, the G7 will announce that we will ban the import of Russian gold, a major export that rakes in tens of billions of dollars for Russia.

The United Kingdom, Japan, and Canada all joined the United States in forwarding that motion shortly after the meeting began. US Secretary of State Antony Blinken clarified that the sanctions could end up costing Russia around $19 billion a year. Will this finally be enough to put the brakes on Putin’s invasion?