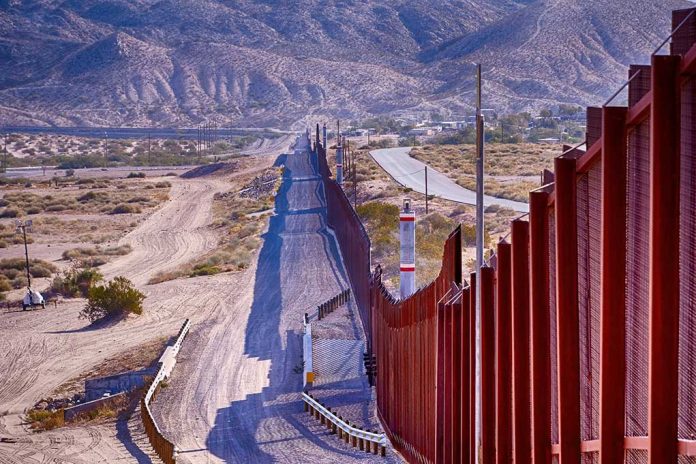 (RepublicanNews.org) – A new Missing Migrant Project study spearheaded by the UN’s International Organization for Migration (IOM) has deemed the US-Mexico border the most dangerous crossing in the world. The revelation follows a shocking discovery of over 50 dead migrants in a semi-trailer as part of what appeared to be a failed smuggling attempt.

The US #Border has become the world’s “deadliest” land crossing, according to data recently brought to light by a #UnitedNations study.

The study attributed the deaths and disappearance of immigrants to a “lack of options for safe and regular mobility.” https://t.co/yJmREZubet

According to the data,1,238 undocumented individuals died attempting to enter into the US via Mexico in 2021. That’s the highest migrant death toll recorded in the Americas since 2014. For this and many other reasons, the IOM chose to declare the region “the deadliest land crossing in the world.”

The project’s directors blame many of these tragic losses on a “lack of options for safe and regular mobility.” Findings suggest that migrants who struggle to find a way to enter the country while adhering to the law may become desperate, seeking risker and more perilous paths instead.

The weather near the border is also a concern. The region of land separating the US and Mexico is often hot, and triple-digit ambient temperatures are all too common in warmer seasons. Yet, despite all of these risks, Customs and Border Patrol agents continue to report exceptionally high attempted crossing statistics.

The former head of Immigration and Customs Enforcement (ICE), Tom Homan, told The Epoch Times last month that vulnerable people take the unnecessary risk of trusting and paying cartels to smuggle them into the US. Unfortunately, these criminals could care less about the people they bring in and see them as little more than a quick payday.

An increase in attempted crossings directly translates into a higher-than-average death toll. The more people who try to make it across the deadly crossing, the greater the risk for losses to occur along the way. What will resolve this problem once and for all?