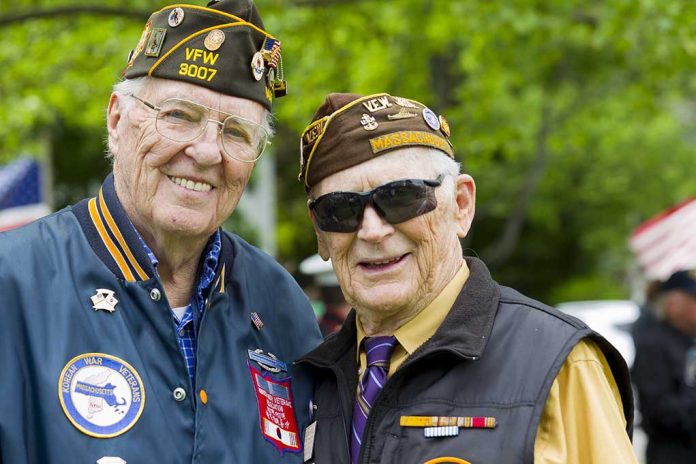 (RepublicanNews.org) – Founded in 2017 in Texas, Patriot Front is listed as a white nationalist team with a “fascist agenda.” According to its manifesto, partially published by the Southern Poverty Law Center, the activist group believes democracy is dead, and the nation is under the “existential threat” of corruption.

On September 20, anti-fascist group Task Force Butler Institute released a report titled “Project Blacklisted,” sharing the activities of Patriot Front. The all-volunteer organization is filled with veterans who take it upon themselves to “monitor and counteract” extremists’ actions. The members believe the Texas association is breaking the law and should be held accountable.

The task force, founded by US Army veteran Kristofer Goldsmith, stated Patriot Front aims to promote and commit violence against minorities within the US. The report alleges the gang is violating almost a dozen federal laws and nearly 40 state laws across multiple areas. Members of the nationalist group allegedly live in 44 states, with a total membership list of about 250 people strong.

In just the past two years, the group has gathered in Massachusetts, Pennsylvania, Idaho, and Washington, DC to push their “white nationalist” agenda. The veterans believe authorities from all levels must work together to dispel the ensemble and bring the alleged radicals to justice.