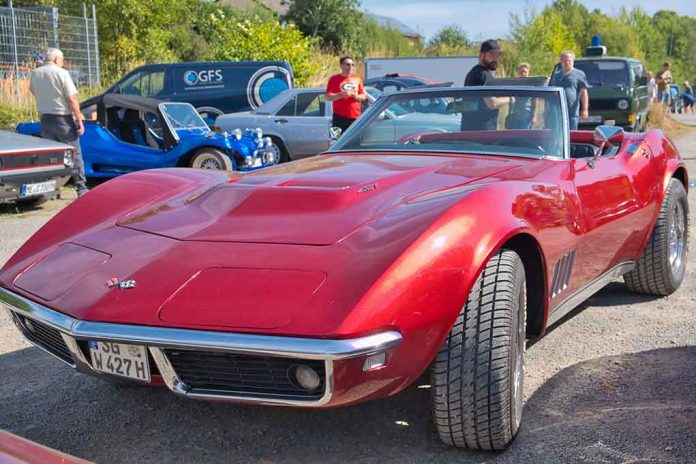 (RepublicanNews.org) – President Joe Biden took some time for fun when he appeared on CNBC’s “Jay Leno’s Garage.” On the October 26 airing of the program, the commander in chief got to do some driving at the James J. Rowley Secret Service training facility. He talked about electric vehicles and took an electric 1978 Ford F100 for a spin, but he also participated in a race.

Biden drove his green 1967 Corvette Stingray in a friendly competition against Michael Powell, the son of former Secretary of State Colin Powell. He told Leno the Corvette has sentimental value because his father gave it to him as a wedding gift. The president’s dad owned a car lot but didn’t have a lot of cash to buy anything for his son, so he improvised.

Biden pushed his car’s 350-horsepower V8 engine to 118 mph, but it wasn’t enough to beat Powell, who drove a 2015 Stingray with a 455-horsepower motor. The newer, more powerful automatic left the older, 4-speed manual transmission in the dust. Still, the president held his own, rolling over the finish line right after the younger man.

Biden raced Powell’s father in 2016 on the show and won, so this was Michael Powell’s chance to make things even for his late father.