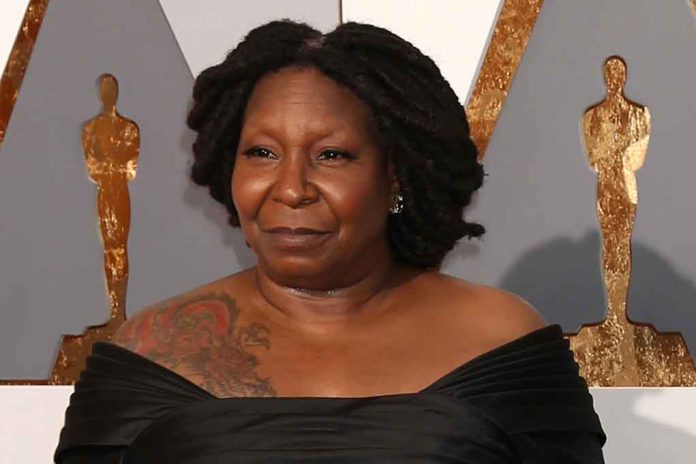 (RepublicanNews.org) – Some fans of ABC’s “The View” have offered a bizarre solution if ABC News decides to fire Whoopi Goldberg over her most recent bout of anti-Semitism.

In an interview in the UK Sunday Times late last month, Goldberg once again repeated her claim that the Holocaust had nothing to do with race because the Jews are not a race.

In the interview, Whoopi told Sunday Times reporter Janice Turner that the Nazis didn’t start by “killing racial.” Instead, Goldberg claimed the Nazis first targeted the people “they considered to be mentally defective”

When Turner noted that the Nazis viewed the Jewish people as a race, Goldberg agreed but argued that was just what “the oppressor” said. “Why are you believing them,” Goldberg added.

Attempting to justify her claim, Goldberg asserted that it is impossible to pick a Jew out on the street just by looking at them, adding, “You could find me. You couldn’t find them.”

With Goldberg in the hot seat again, some fans of “The View” think that if ABC does fire the odious co-host, the network should replace her with someone just as odious: the former co-host of “The View,” Rosie O’Donnell.

That sounds like a lateral move rather than an improvement since replacing Whoopie with Rosie would exchange one load of awful baggage for another.

On Reddit, a user started a thread titled “If Whoopi is fired, should they bring back Rosie?”

Several of the commenters on the thread loved the idea, with some suggesting Rosie’s exchanges with the nominally-conservative Alyssa Farrah might be “interesting.”

But what are the odds ABC fires Whoopi? It isn’t as if she misgendered somebody.

In January 2022, the last time Whoopi claimed the Jews aren’t a race, all ABC did was hit her with a 2-day suspension and make her issue an on-air apology. She was then required to sit quietly while the head of the Anti-Defamation League explained why Whoopi’s comments were wrong.