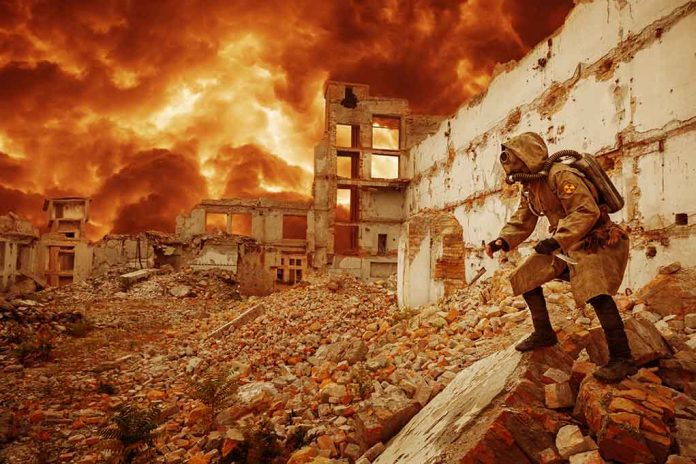 (RepublicanNews.org) – Shortly after Russian forces invaded Ukraine, the aggressing country’s president, Vladimir Putin, put his nuclear forces on “high alert,” sparking fears of an atomic attack in the region. Kremlin Spokesman, Dmitry Peskov, followed up the action in a statement refusing to rule out the use of nuclear weapons if Russia perceived an “existential threat” to the motherland.

On September 21, Putin raised alarm bells again by telling NATO Russia has a multitude of “weapons of destruction,” and he would use whatever was necessary to “protect Russia.” The leader claims the alliance threatened his country with nuclear war and indicated he’s prepared to respond in kind. The foreign nation reportedly has the biggest nuclear arsenal on Earth at its disposal. Meanwhile, the United States is watching Putin’s moves closely for any signs of such an attack.

US officials assured the public that any moves indicating mobilization of weapons of mass destruction could not be hidden from foreign intelligence. Senior Policy Director at the Center for Arms Control and Non-Proliferation John Erath said America has been “monitoring levels of nuclear activity” since the Cold War era.

Nuclear information director from the Federation of American Scientists, Hans Kristensen, said there would be “detectable activities” if Russia were to make any short- or long-range weapons movements.

As of September 21, the Russian military still has control of several regions but has made few advances. On the other hand, Ukraine has held some areas in the northern and southern portions of the country and regained large swaths of territory. The sovereign nation appears to be pushing back against invading forces, moving the front line toward the east.