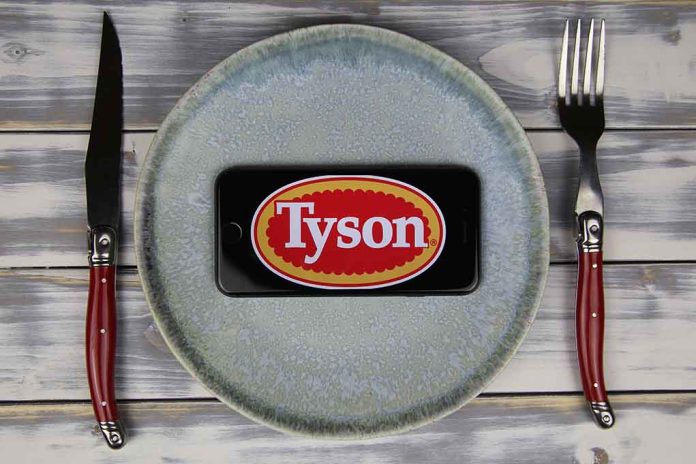 (RepublicanNews.org) – During the early morning hours of November 6, police in Fayetteville, Arkansas responded to a call from a woman about a home invader lying naked in her bed. Authorities discovered the man was John R. Tyson, the chief financial officer (CFO) of Tyson Foods, and arrested him.

The Hill noted that police found the 32-year-old Tyson asleep, with all of his clothes off, in the resident’s bed around 2 a.m. local time. The woman called authorities, declaring she wasn’t familiar with the man. During her call with the dispatcher, the resident indicated that she came home to discover the intruder in her bed. She explained he must’ve entered through the front door, which she believed had been unlocked.

Authorities explained they attempted to wake Tyson but had no luck. At one point the 32-year-old sat up but returned to lying down and fell back asleep. Officers on the scene noted the subject smelled of alcohol and seemed to be uncoordinated. Police arrested the CFO and charged him with public intoxication and criminal trespassing. He was released from the Washington County Detention Center the same day authorities booked him after posting a $415 bond.

John R. Tyson, also the business’s executive vice president, is the son of John H. Tyson, chairman of the company board. The younger executive was just named the CFO of the company on October 2. The Hill reported that Tyson has mentioned its awareness of the situation and regarded it as a personal matter without offering additional details.