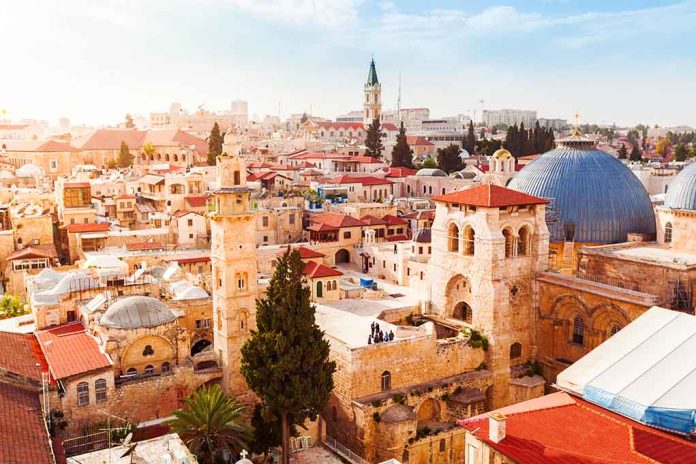 Benjamin Netanyahu Is Coming Back

(RepublicanNews.org) – Officials are declaring former Prime Minister (PM) Benjamin Netanyahu the winner in Israel’s elections this past week. While PM Yair Lapid, who was serving in the interim, paves the path for a clear transition between leaders, the rest of the world prepares for Israel’s upcoming shift toward the right. The Hill recently published a list of ways the change could affect both Israel and the rest of the world.

Five ways Netanyahu’s return could shake up Israel and the world https://t.co/39eB6AgMnA pic.twitter.com/o8QJlgbtrI

Domestically, Netanyahu, who has been surrounded by controversy and alleged scandals revolving around accusations of bribery, breach of trust, and fraud, is likely to go after the individuals who attempted to investigate him. He may also be able to protect himself from any further investigation if enough members of the Knesset (Israel’s Parliament) vote with him. The shift is likely to make life more difficult for Arab Palestinians who want to remain in the country as well.

Dynamics will also change on an international scale, with the relationship between Israel and Russia likely to improve. Netanyahu and Russian President Vladimir Putin have reportedly had a good relationship in the past, so the possibility exists that Israel might suddenly decide to support the Kremlin’s side of the war.

The ties between the United States and Israel could see shifts as well. While Netanyahu and President Joe Biden also have a good history together, the relationship could get rocky if the PM attempts to influence US politics — which he’s been known to do. In addition, there’s a chance Biden will oppose the new government’s agenda and become uncooperative, especially if Netanyahu sides with Russia against Ukraine.

In Israel, as the Christian Science Monitor explains, citizens don’t directly elect a PM. Instead, people vote for their preferred parties, and the percentage of votes determines the number of seats each will take in the Knesset. The party with the most seats chooses between its Knesset members who will take the position of PM. This term, ultra-conservatives won 64 of the country’s 120 seats according to PBS, opening the doors for Netanyahu’s return to power.