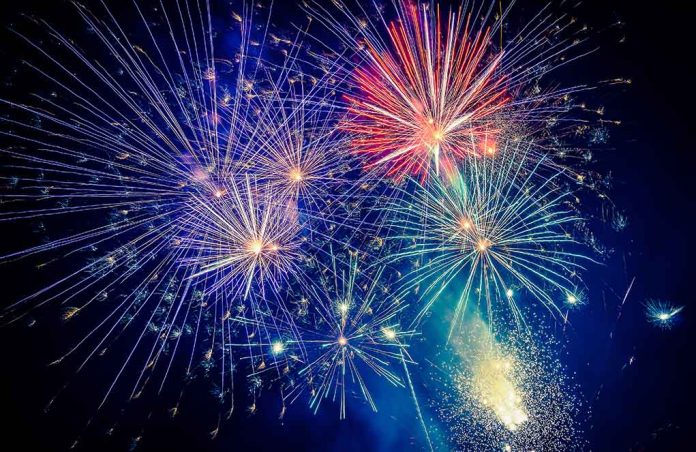 (RepublicanNews.org) – As the crowd gathered at Highland Park in Illinois for a celebratory July 4th parade, one little boy seemed beside himself with the excitement of the sights and sounds he would soon witness. Unbeknownst to him or his parents, a memory they would hope to cherish for years would soon become an explosion of devastation. The 2-year-old toddler became an orphan in an instant during a mass shooting that claimed numerous lives.

A deadly massacre at a Fourth of July parade in a Chicago suburb has left a Jewish toddler an orphan. The parents of a two-year-old found wandering alone after Monday's attack were among the victims of the latest US mass shooting.#HighlandParkMassacre https://t.co/07hWRoNycB

Lauren Silva and her boyfriend had just exited a parking garage when they heard a series of loud booms. Silva later explained that it sounded like someone was slamming their fists into the glass doors. The witness didn’t realize at the time that the noise came from a sniper opening fire into the crowd from a nearby rooftop.

Everything suddenly went quiet. Silva and her boyfriend ran toward numerous people lying on the ground. Someone handed her Aiden McCarthy, a toddler whose father had been shot only moments beforehand. Little Aiden survived the shooting wedged under his dad’s body; the couple discovered him when attempting to provide first aid.

In a downstairs garage, Silva held on to the 2-year-old as they and many others huddled together and tried their best to remain safe. After what must have felt like a lifetime, the good Samaritan went out in the street to check on the child’s father. Tragically, he had already died.

Silva and her boyfriend later took Aiden to a local hospital and into the care of local police. Law enforcement officials eventually reunited the boy with his grandparents after discovering that his mother had also died during the shooting.

A short time later, the FBI issued a BOLO request identifying Robert E. Crimo, III, as a potential suspect in the case. Local police successfully arrested the young man, who had allegedly disguised himself as a woman, eight short hours later.