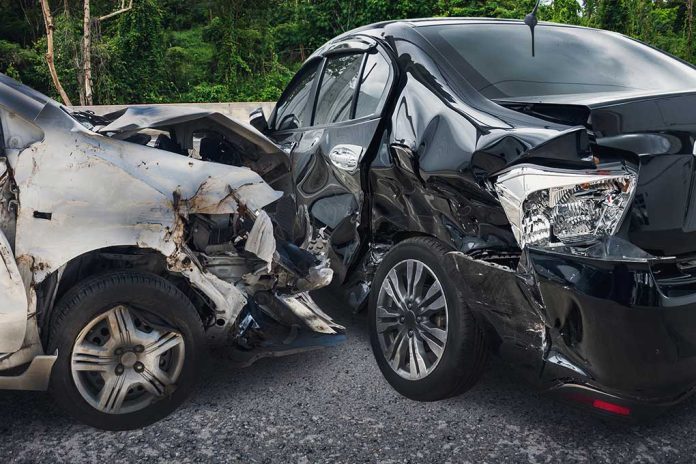 (RepublicanNews.org) – On September 14, Ukrainian President Volodymyr Zelenskyy appeared in Izium to celebrate his troops recapturing the city from Russian control. He and his soldiers raised a ceremonial flag to honor the significant accomplishment. On his way back from the Kharkiv region, the leader was involved in a crash.

Sergii Nykyforov, Zelenskyy’s spokesman, said a passenger vehicle “collided” with the president’s car in Kyiv, prompting his medical team to apply first aid to those in need. The Ukrainian leader suffered “no serious damage,” but the other driver required further attention and was whisked away via ambulance.

Happened after the President visited the recaptured city of Izyum https://t.co/xDVMnoK76f

Authorities are currently investigating the collision and have not released any further details yet. Following Nykyforov’s announcement, officials released a video of the head of state giving his daily speech. News reports are unclear as to whether his words were pre-taped or live.

During his visit to Izium, the Ukrainian leader noted the devastation left by Russian forces. He relayed hopeful words that as his armed personnel continue to regain territory, they would stay and rebuild. Zelenskyy and his troops proudly “sang the national anthem” at the site while commemorating their victory. The area was under Russian occupation for about six months before the Ukrainian military forced them out.

Do you think this was an accident, or do you feel the crash was intentional?