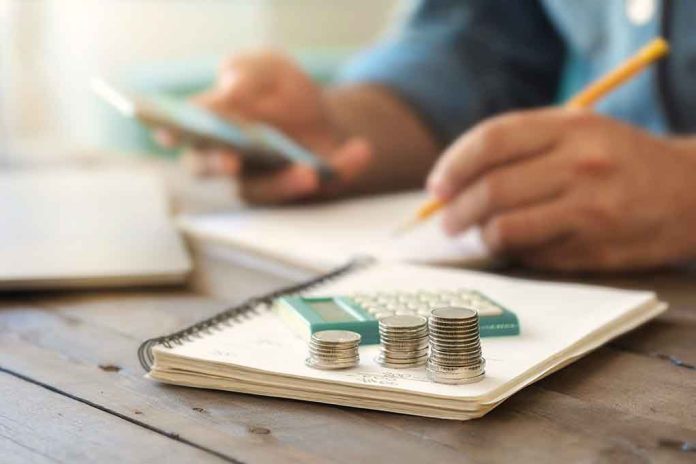 Take Advantage Of These Tax Credit Programs Before They’re Gone!

(RepublicanNews.org) – Low-income families have several opportunities to increase their tax refund this year through special one-time programs included in the American Recovery Act.

These five programs that were added or expanded for the 2021 tax year could be a boon for families struggling to make ends meet.

The Child Tax Credit was expanded in a few different directions for 2021. First, 17-year-olds were included. Previously, only children 16 and younger could be claimed for the credit.

Second, the credit was increased from $2,000 in previous years to up to $3,000 for children ages 6 to 17 and up to $3,600 for children younger than 6. Eligible families who chose not to opt-out received half of this credit through monthly payments in July through December, but half still will come when you file your taxes. The amount of the credit does phase out gradually for those with higher-income — singles with an adjusted gross income of more than $75,000, head of household with AGI of $112,500, and married couples filing jointly with AGI more than $150,000.

Finally, the credit was made fully refundable, which means families who did not make enough income to pay taxes still can claim the full credit of $3,600 or $3,000. Previously, the credit was capped at $1,400 for families that did not pay any taxes.

The American Recovery Act also increased the deduction for expenses for child and dependent care, both for the percentage eligible for deduction and the maximum. For 2021, lower-income earners can deduct 50 percent of their child-care expenses, up from 35 percent in previous years.

The change also raised the income level for those who qualify from $15,000 in AGI to $125,000, meaning many more families will qualify. The percentage of the deduction is reduced for families making more than $125,000.

The Earned Income Tax Credit for childless singles and couples nearly triples in 2021 and is available for more tax filers.

Families who added a dependent in 2021 also may be eligible for a $1,400 Recovery Rebate Credit. This includes a child born or adopted in 2021, or the addition of another dependent, such as a parent, niece or nephew, or grandchild who you are responsible for.

These are available because economic recovery payments made during 2021 were based on 2020 tax returns, where these dependents would not have been included.

Charity donations from the standard deduction

Also new for 2021 is that tax filers who take the standard deduction also can include charitable donations, which previously were available only to those who itemized their deductions.

The deduction is for cash donations to a charity, which included payments made with a check or credit card, plus any direct expenses incurred while volunteering with an eligible charity. This does not include the time spent volunteering but includes expenses such as the use of a personal car or direct purchases made to benefit the charity.